Throw Away The Book

Last night reminded me why I love being here in Japan, that not all people are as lame and shy as the people living around me, and that I know some really really awesome people.

Me and Matto went to a show in Okayama City yesterday. Since the drive was only about 2 hours on the highway, we got there early and did the touristy thing for a few hours: saw the castle (which is special because it's black and not white), a gorgeous garden (which is a world heritage site and the 3rd prettiest garden in Japan), and walked around the city (which reminded me vaguely of Kyoto with it's square layout and wide sidewalks). We ended up heading over to Pepperland early (4:30 for a 7PM show) because Atsushi called us to find out if we found cheap parking. We were introduced to the (super sexy) guitarist/vocalist from the headlining band, "What's What," who had a really amazing Husker Du tattoo on his lower back (as Matto said, the boldest tramp stamp he's ever seen) and was only 22!!

We ended up going out to dinner with the three girls from ELMOC and all three guys from Thirsty Chords. Let's just say, I'm really excited to play a show with these girls in January. If I hadn't had to proctor for the Eiken (English Proficiency Test) today in my city, I would have been indulging just as much as everyone else was (sucks being sober driver sometimes). I don't remember ever having seen Atsushi drunk, and it was hilarious. It was also just really nice to be able to hang out with him and the girls from Tokyo. If only Arase had been there, it would have been a nice band bonding moment. :)
The show promised to be pretty long... a 7 band line-up (Japan just doesn't know when to stop sometimes), but it all went by pretty fast, and I don't think I've ever had such an amazing time at a show before, honestly. The guitarist/vocalist from The Mad Wife came with all the members of WHAT-A-NIGHT's, we were introduced to so many different people from all over Japan who had come to the show because they had friends playing that night, and the atmosphere was just so much more friendly than any show I've been to in Kochi. It actually felt like a little community rather than a bunch of moody punks dressed in black, smoking outside. For once, people didn't get freaked out by the two foreigners joining in the conversation. No one even really batted an eye at our ability to speak Japanese. They just embraced it and let us join in! Seriously, such a breath of fresh air compared to how stuffy and alienating Kochi can feel sometimes. 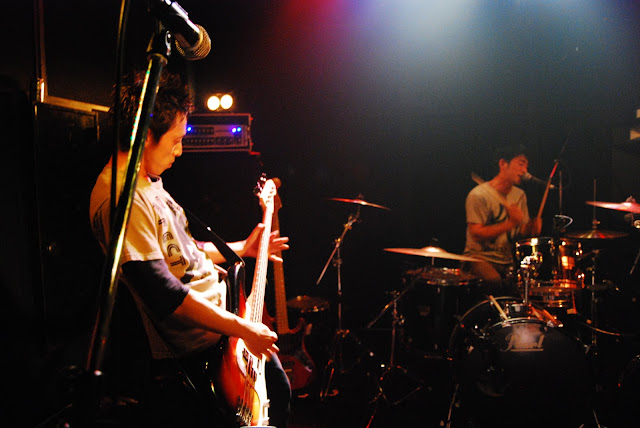 Thirsty Chords played 3rd from last, and at the rate Atsushi and Daisuke were drinking, me and Matto were slightly concerned with their ability to play... but as usual they nailed it and were the only band that had everyone singing along to every song, getting rowdy, and even had some crowd dives (Daisuke threw his bass down for the last song and dove onto the crowd at one point, ahahaa). I was also concerned about my new besty from ELMOC, Hikko, because she was falling-over-drunk by the time their set came about. Of course, with a little water in her she pulled it together and they also killed. The show ended around 11:30 and we were back in Kochi by 2AM (with my expert driving skills). Wish we could have stayed over-night in Okayama to go to the after party with everyone, but that will have to wait until January. Or in the case of the ELMOC girls, December, since me and Matto have already booked plane tickets to go to Tokyo and they happen to be playing a show on the Saturday that we will be there. :) Can't wait~ Sorry for the photo spam, but here are some more of my favorite shots from the show. 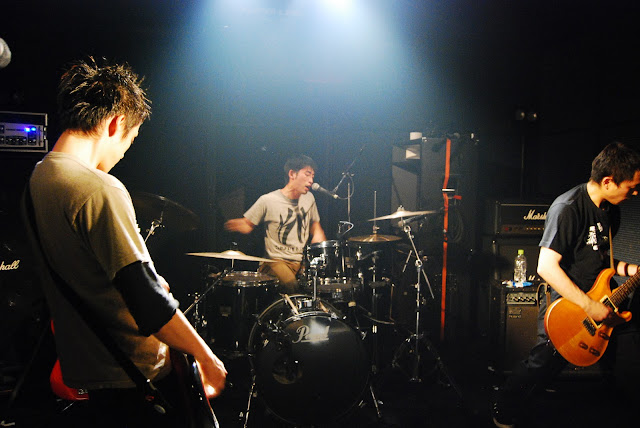 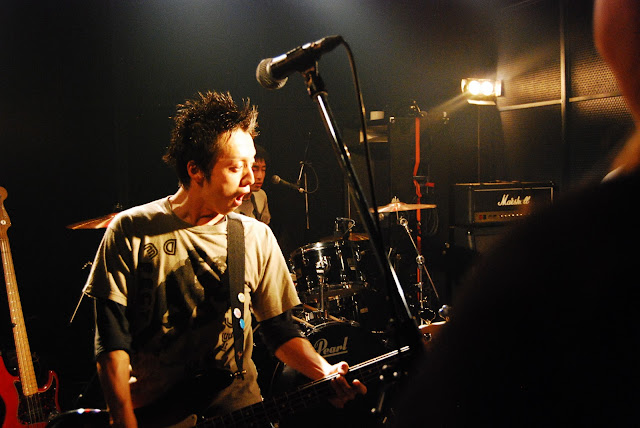 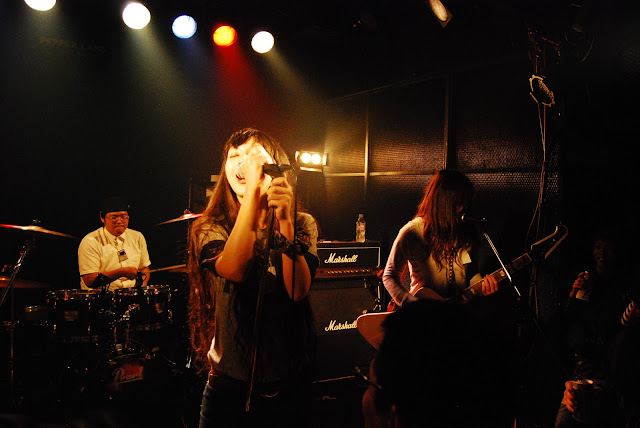 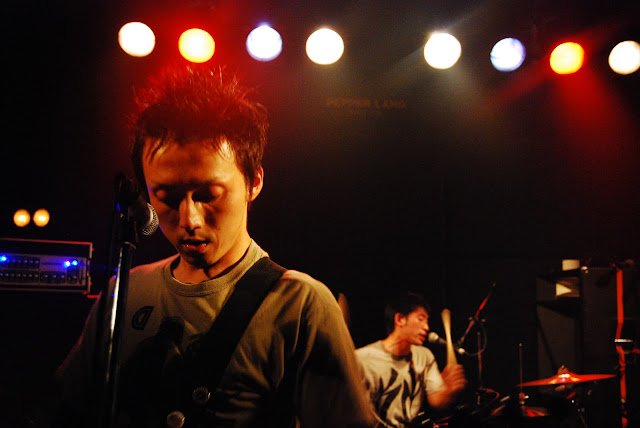 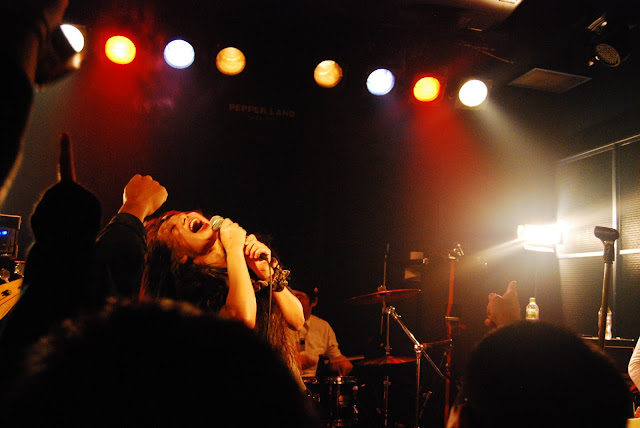 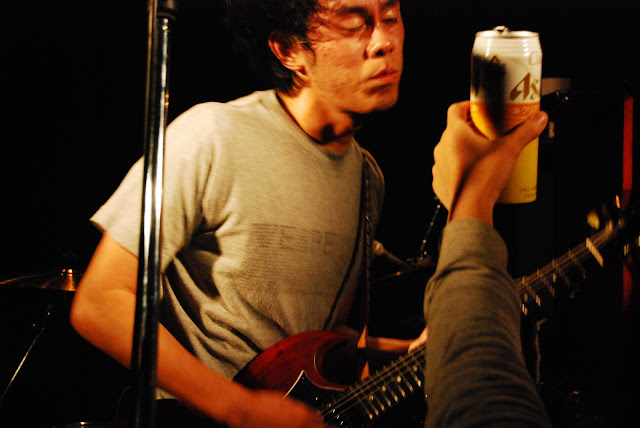 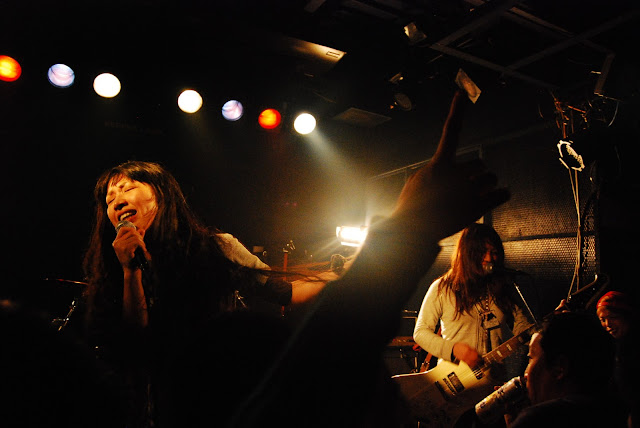 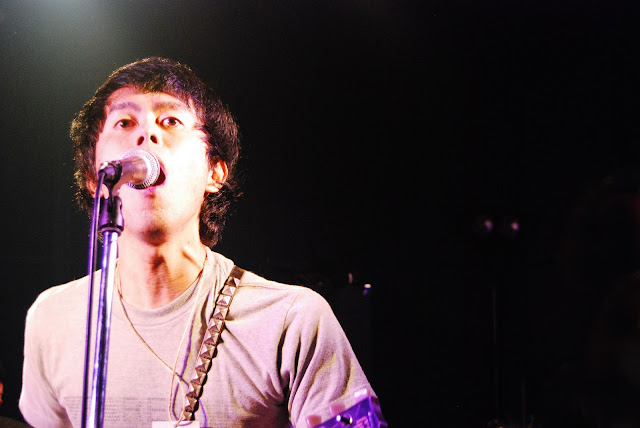 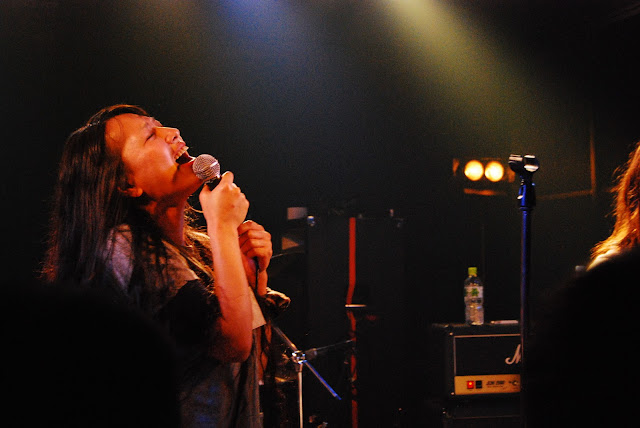 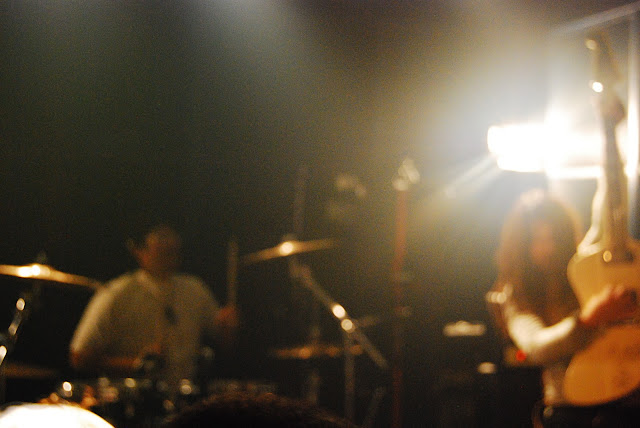 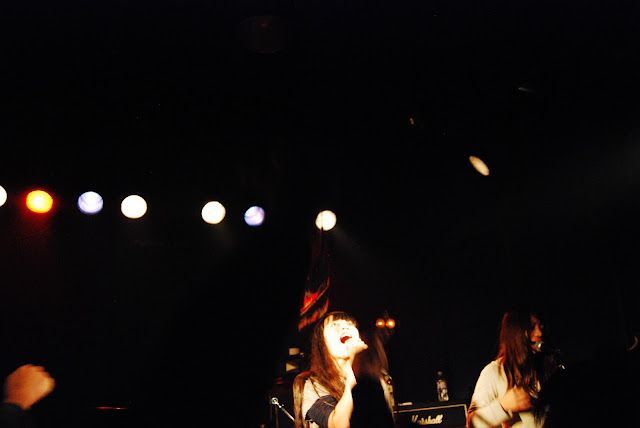