Winter in Japan... while the phrase immediately brings to mind images of warm kotatsus, heated blankets, mikan, illuminations, and hot-pot (nabe) galore, it also brings to mind something a little different: 酒 (sake). No, I'm not talking about the numerous winter-themed drinks that have come out around this time, like apple-cider chu-hai and sparkling umeshu. No, I'm not talking about fighting the cold winter air with a cup of atsukan (hot sake), hotto wine (hot wine), or amazake (usually hot, sweet sake). I'm talking about 忘年会／新年会 season (bonenkai/shinnenkai).

With this being my second consecutive winter in Japan, up until now, I have had my fair share of enkai (drinking parties). I've been to 送別会 (soubetsukai: farewell parties), 歓迎会 (kangeikai: welcome parties), 終業式／始業式飲み会 (shuugyoushiki/shigyoushiki nomikai: end of school/beginning of school drinking parties), ゴッコン (gokkon: group dates), and regular nomikai/enkai type of festivities. While drinking with your co-wokers/classmates/friends is all fun and good, I think that all of them pale in comparison to most bonenkais. For me, I went to two types of bonenkai this year. The first was more or less a normal nomikai with the added bonus of gifts! Teacher included, my Japanese class gathered at Kochi's busiest restaurant bazaar (Hirome Ichiba), donated 2000 yen each to the group tab, and brought a general present that we thought anyone would like. The night went pretty typically; lots of beer, fried food, polaroid pictures, present opening, and good conversation (as well as getting to hear our Japanese teacher speak English for the first time!!!). All-in-all, a good way to end a year of studying and the completion of the JLPT N2 (our class is called N2 class because we were all studying for that goal or the N1).

The other bonenkai I attended went a little more typically of bonenkais here in Japan (and on the tame side, if you ask me!). All the teachers from one of my junior high schools got together at a local izakaya, donated 5000 yen to the group tab and gift buyer, and settled in for a night of drinking and Christmas-themed games/gifts. We all had to choose a seat number from a hat when we entered our assigned room, which also decided the teams we were a part of when the game portion started. After a kanpai and some chatter, we used our fuzzy minds and were put to the task of solving a variety of paper puzzles. The teams that finished fastest were given preference for choosing from the gift pile, so after a few puzzles we averaged out the wins/losses and let the first team go and choose gifts. I'm not going to lie, I was a little disappointed there was no teachers dressed-up in drag or song and dance like one of my other friends got to experience... (where her male teachers dressed in school girl outfits and did a play) but we all went out for Karaoke afterward and got our singing in elsewhere.

And there you have it. My experience with the collectively drunkest period of time Japan will ever be during the year: winter. Anyone else have fun bonenkai/shinnenkai stories to share? ;) 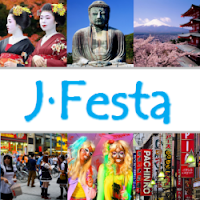