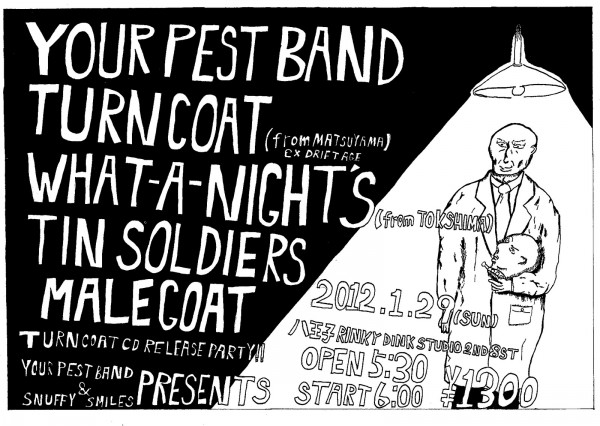 AHHH a nearly perfect line-up of amazing bands that I will *probably be going to see (a few complications may stand in my way...). Mall said that he'd take me and Matto along with him on the drive up to Tokyo, so if it's possible, hellz YES I'm along for the ride! Of course, judging from the live's he's performing in that weekend, this most likely means driving up Friday night to Saitama (where they have their first show) and then going back down to Hachioji to hang out. Rough sounding-drive (11 hours to Tokyo, I don't know how long to Saitama...), but totally worth it to see WHAT-A-NIGHT'S last show until May. 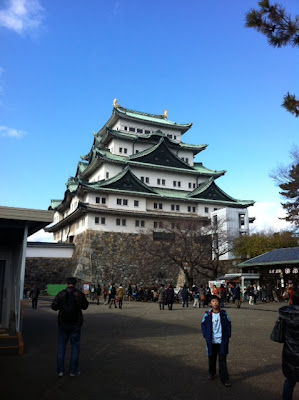 Anyway, other than being back to work and back in Kochi, I wanted to write about my last day of vacation in Mie-ken with Yukine. We ended up taking an early train out of Matsusaka to Nagoya, since it's only one and a half hours from her place (and the trains are so warm and easy to fall asleep on...). Since my dear friend Yukine has recently picked up an obsession with castles and collecting castle stamps (I did not even know something like that existed), we went to Nagoya castle first. The outside of the castle is absolutely gorgeous, but the inside was a real disappointment. Instead of being one of those old, creaky castles where your feet freeze because you have to wear the provided slippers, and the staircases are so steep one wrong step could probably kill you.... it was one of those re-done castles that had a museum inside of it and central heating (LAMEEE). 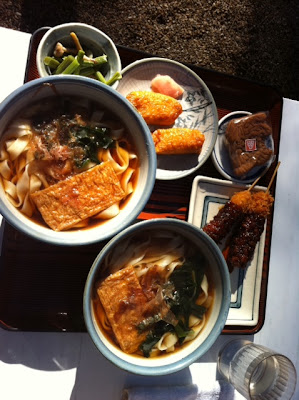 Lame-ness aside, after our castle wanderings, we ate some Nagoya meibutsus and tried Kishimen (a flat noodle) and miso katsu (delicious~). They had a huge castle teishoku that we split and got served the noodles in two separate bowls (after Yukine spent ages sticking her extra 10 and 50 yen coins into the ticket machine). First time I've eaten a flat noodle in Japan! 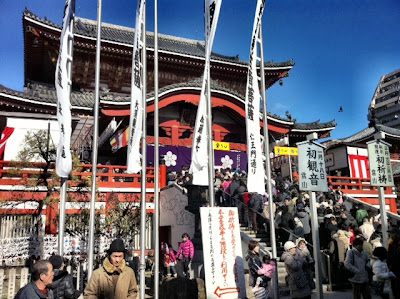 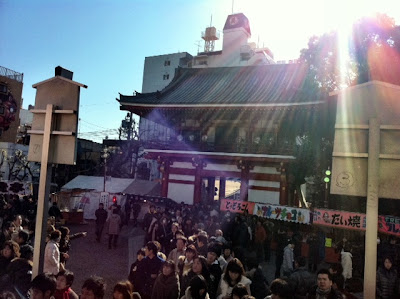 Later, we wandered over to Osu-Kannon to check out the shrine (still packed with hatsumode visitors) and gobs of used-clothing shops in the area. There were streets and streets of shops selling used everything and it was hard to pull away from some of the cute dresses and sweaters I found (was running low on funds at the time). I did, however, find the local record shop and picked up a couple of super cheap 12 inches to add to my collection~ (Goofy's Holiday, Water Closet, 29 band comp CD, and 30 band comp double EP).

Upon arriving back to Matsusaka, Yukine took me to a well-known beef restaurant that sells 1万 200gram Matsusaka steaks and treated me to a delicious teishoku <3 Don't know how it compared to Kobe beef (since I've never tried any), but it was simply to-die-for. What a wonderful way to end an 8-day holiday~ 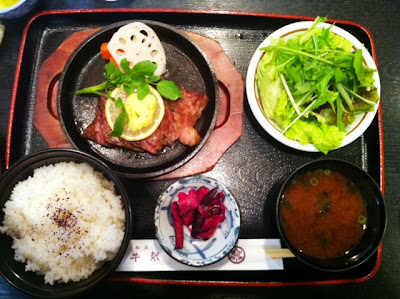