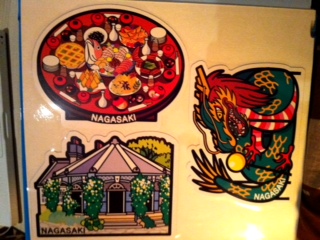 I'm not much of a collector.... I don't really have the motivation to collect things like a lot of my friends do. Yukine collects rubber stamps from castles, and I have friends who collect cards, coins, postage stamps, figurines.... lots of different things that show where they've been etc. That being said, in my opinion, Japan is a quite the collector's society. There are soooo many things that have the potential to be collected, things I never would have thought of! Most local post offices have regional postage stamps/postcards you can collect, every prefecture has some sort of mascot (if not every city in Japan) which in turn has a toy/sticker/cell phone strap, hello kitty has an endless supply of collectable items including cell phone straps and toys associated with each region of Japan (and to be honest, the globe), there are rubber stamps you can collect and put into specialized stamp books, the mere existence and continued popularity of pokemon/yugio... the list goes on. 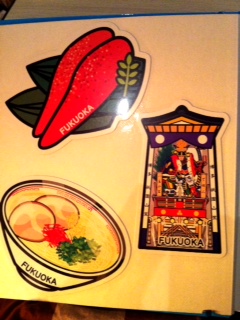 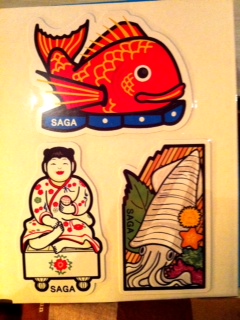 I guess you can say I collect live flyers and tickets from shows I've been to (since I like to post them around my house for decoration).... but other than that I do have one collecting guilty pleasure... and that is Japan's Gotouchi Foruma Postcards (ご当地フォルマカード) which translates to be "Regional Form Cards". If you're living in Japan and have never heard of them, here is the website. I suggest going to your local post office and picking up a few of these amazingly-designed items. Each prefecture's post offices sell three form cards, and each card has something to do with a famous place/person/food from that particular prefecture. For example, Kochi's three cards are: Sakamoto Ryoma (Ryoma den, anyone?), naruko (noise makers used in dancing the traditional Yosakoi dance), and the Kochi Fighting Dog (not sure of the history of this.... but it's a thing here). 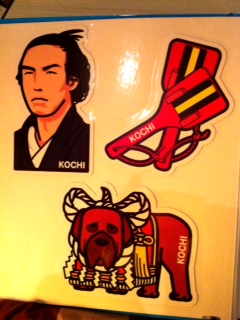 The difficult thing about collecting these cards is, when I go on trips, it's usually during a) holidays or b) the weekend. One of the more annoying things about Japan is the hours kept by banks/ATMs and post offices. During the week, they are open from about 9AM until 6/7PM and on the weekends, 9AM-Noon (if they are open at all. Why an ATM closes EVER is beyond me). Because of this, it's been difficult to collect some of the cards that I shouldn't have much trouble acquiring if post offices were open normal hours on the weekend (such as the Tokushima ones, since I go there basically every weekend). 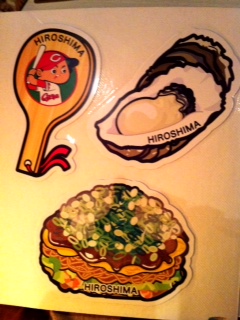 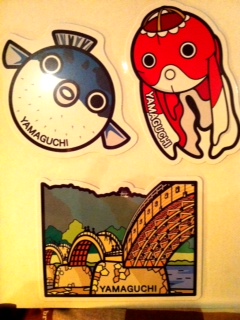 Anyway... that's the end of my nerd rant about postcard collecting. I feel a little embarrassed about the whole thing... but the way the cards are designed is so neat that I don't mind trying to collect them when I go to a new place (I've gone sooo far out of my way looking for post offices that sell these things...). I've been trying to get the Kyoto/Nara/Osaka ones for awhile, but my timing has never been right. It would be amazing to be able to collect all of them... but who knows if I'll get around to every prefecture. :\
Posted by Indi at 9:04 AM