Day 04 – What’s your favorite place that’s not in any of the guidebooks/lists of places to visit? 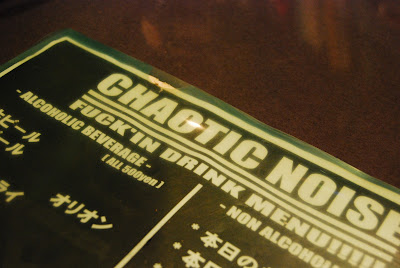 My favorite place that would never be in any guide book is a little place called "Chaotic Noise." Chaotic Noise is the name of a record shop/live house situated in the main shopping arcade of Kochi city called Obiyamachi. The shop changed locations back in August to a more central location in this main shopping strip, and since that time I've only been twice. Being the music-enthusiast that I am, I go to a lot of live houses around Shikoku. I've been to about 8 different ones within the four prefectures that span this island, which I feel is a lot considering the time it takes to drive between the major cities on this island. There are some that I like better than Chaotic Noise because of the music-scene in that particular city (Kochi hosts more hard-core shows at the venues I frequent, and I like indi/melodic punk better). However, none hold the same type of emotions and memories that Chaotic Noise does for me.

Firstly, Chaotic Noise was the first live house I ever went to in Japan. I've been to this country four times and I had never been to a live-venue before last year. Secondly, it's the place that really marked the beginning of something new and special to me. I've always loved music, been to plenty of shows and concerts in the US and have always played instruments my entire life. I've played the piano since I was three years old and during middle school and high school I played clarinet in band class. I search out new music constantly, and love singing along to my favorites anywhere I am, but especially the car. My car in either country (America and Japan) is my singing-safe-haven.

However, going to Chaotic Noise for the first time back in September of 2010 with my good friend Matto was the beginning of something for me. It sounds really lame to say, but going to that first live show changed my life a little. I can say without hesitation that my life would be quite different right now if I had never started going to shows at Chaotic Noise. The type of friends that I've been able to make, the trips I've taken, the slump I had at the beginning of the year, the late nights out, the band I was a part of and the new one that has just started... All of these things and more were only possible/happened because I started going to live shows at this venue. 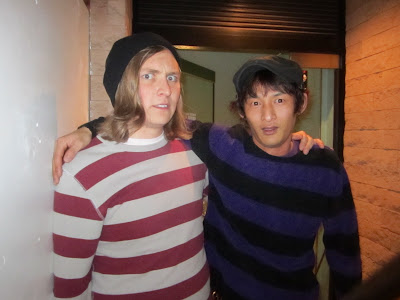 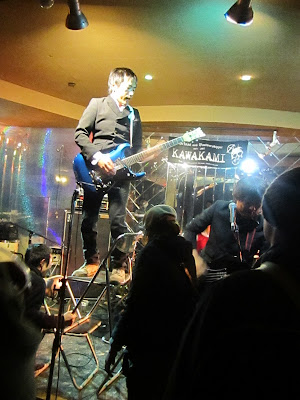 Actually, when looking through the photos I wanted to use for this post, I noticed that more than half of the people I took pictures of that were at the first show I went to are now friends of mine/we've had a few good chats by now. Bands that I was unsure about back then, I'm a huge fan of now (it always takes me two listens to give my initial like/dislike status). People that I was nervous to talk to back then, I can easily joke around with/have been on a road trip with/gotten drunk with/slept on someone's floor with after a show. While the place and people may change, what I appreciate about the original "Chaotic Noise" and what it means to me will always stay important and be a place I think fondly of when I'm no longer in Kochi.