On the third I had a chill birthday party in the city with some friends. We all went bowling at Round One and then went to Hirome for drinks and then a few of us went back to my house to play Wii and have a good old-fashioned sleepover! :) 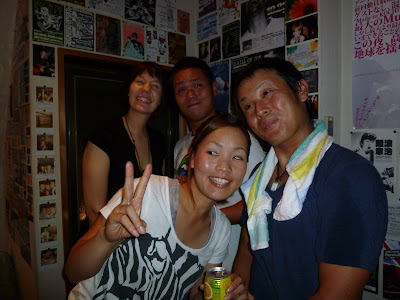 This last weekend was probably the best weekend I've had in a long time. Friday night, I had a party at my house that I had been planning for awhile. A bunch of my Japanese friends were able to come and I got some of the nicest gifts~ Mall gave me Turncoat's new CD (which is an amazing recording) as well as two new records which are really good; De- brought me the sparkling sake I've been really wanting to get a hold of as well as her customary birthday Aomori melon; and Nat-chan and crew started the cutest photo album for me based off the adventure book from the movie UP. 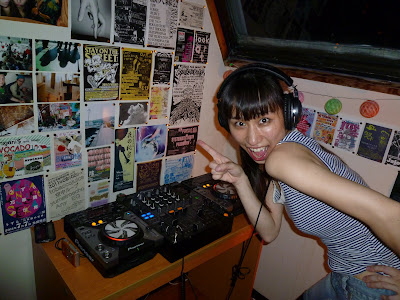 Saturday, I went to see Pall Mall play at a live house called Bay-B. I guess it's called that because it's a smaller live space within the Bay-5 Square building (which houses more big-name concerts and such). The show was great (Pall Mall, In The Unknown, Bacho, Lovers, Keep Away From Children, and EYE). Between sets, Dorami told me that they were playing in Matsuyama on Sunday with Thirsty Chords, Turncoat, Circle Flex, three of the bands from that day and a few others and she offered to let me carpool with them~ 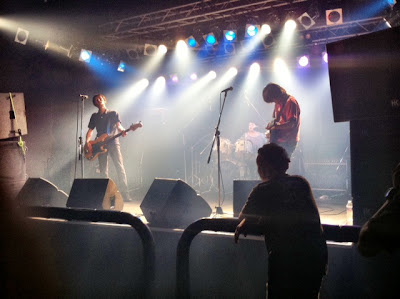 Sunday, we took the highway to Matsuyama. The awesome part of coming with the band (if you're not playing) was that I didn't have to pay the full ticket price and only had to contribute 500 yen for the drink ticket. The show was great, but the best part of it was talking to the drummer from Thirsty Chords. I've told him before I like his voice (he's also the main vocals for Thirsty Chords), but hadn't had a chance to actually chat with him until Sunday night. He told me it was too bad my other band wasn't still playing because he wanted to do a show with us. I said that I really really wanted to keep going with it, but there are so few drummers in Kochi that it was most likely impossible we'd ever perform again. After a few more minutes of talking about it he said, "Okay. Let's play in a band together. Tokushima and Kochi are far apart but I think I could make it down to Kochi twice a month to practice."

I'm trying not to get too excited right now, because Japan has stomped on my hopes and dreams many a time before, so this could just be a dead end.... but the mere thought of having my absolutely favorite Japanese Band's drummer/vocalist be a drummer/vocalist in my band..... I could die.
Posted by Indi at 3:18 PM